This year CERN is celebrating 60 years of science for peace. On 29 September it will be exactly 60 years since the organization was founded and CERN is marking the occasion with a series of events, concerts and films.

Don’t miss out! Book your seats now for:

Concert by the United Nations Orchestra

19 September at 6.30pm, CERN
Under the baton of conductor and artistic director Antoine Marguier, the United Nations Orchestra will accompany soloist Maestro Matteo Fedeli, who, under the patronage of the Permanent Mission of Italy to the United Nations, will perform on a Stradivarius violin. The programme for the concert comprises:

Doors open at 6pm. The concert will take place in a marquee behind the Globe of Science and Innovation, CERN.
More information or book your seats. 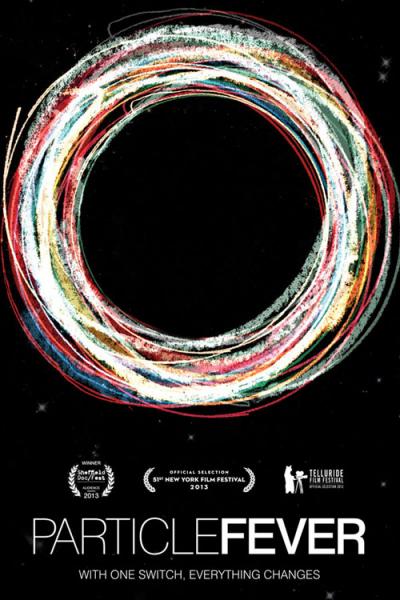 The film Particle Fever follows six brilliant scientists during the launch of the Large Hadron Collider, which marked the start-up of the biggest and most expensive experiment in the history of the planet, pushing the boundaries of human innovation. The film will be followed by a panel discussion with director Mark Levinson, Academy Award-winning editor Walter Murch and some of the physicists featured in the film. The audience will have the chance to put questions to the panel. After the panel discussion, join us for a drink and the opportunity to watch some CERN scientists become amateur comedians for one night only! From the quirks of quarks to cultural conundrums, you’ll hear all about the lighter side of life in cutting-edge science.
Film in English with French subtitles.
Doors open at 6pm, film and panel 7– 9.30pm, comedy 10 – 11pm. The show will take place in a marquee behind the Globe of Science and Innovation, CERN .
More information or book your tickets. 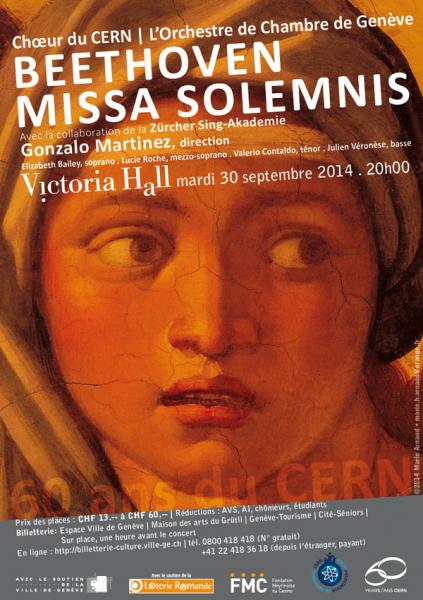 The exceptional work chosen for this concert, Beethoven’s Missa Solemnis, is one which, through its monumental status, its brilliance, its innovation, its originality and its energy, symbolises CERN’s scientific discoveries, reflects the genius of its creator and represents the highest creative ambitions.

Performances of this work are rare enough to make each occasion a major event, and those by amateur ensembles are even rarer. The performance on 30 September 2014 will benefit from the support of a professional choir, the Zürcher Sing-Akademie, along with the Geneva Chamber Orchestra and four exceptional soloists.
More information or book your tickets.

60 more years of science for peace: carrying the message forward

At the end of 2013, we were just about to embark on a year of celebrations marking 60 years of science for peace at CERN. Our message was that science is an inescapable driver of peaceful relations among cultures and nations, a force for sustainability and a necessity in confronting the major challenges facing society today. Twelve months on, we can safely say that we’ve been successful in delivering that message.