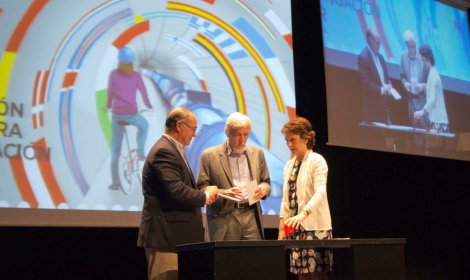 The presentation of the Spanish stamp commemorating the 60th anniversary of CERN took place on Saturday, 5 July at ICHEP2014 (Valencia, Spain). In a special session devoted to the 60th anniversary of CERN, the manager of institutional and international relations in the philately sub-directorate of the Spanish postal administration, Carolina Gomez-Zarzuela Irigoyen, officially presented the stamp in the presence of the CERN Director-General, Rolf Heuer, and the Spanish Delegate to the CERN Council, Fernando Ballestero. 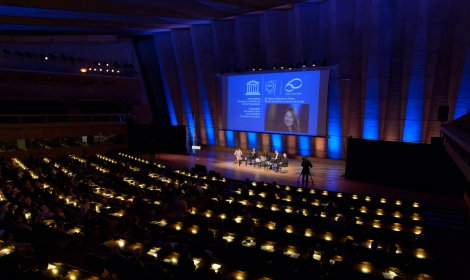 Paris, 1 July 2014. Today, CERN and UNESCO are commemorating the signature of the CERN Convention at UNESCO’s Headquarters in Paris and thereby celebrating 60 years of science for peace. The Convention that led to the establishment of the European Organization for Nuclear Research in 1954 was signed on 1 July 1953 in Paris, under the auspices of UNESCO, by twelve founding Member States. 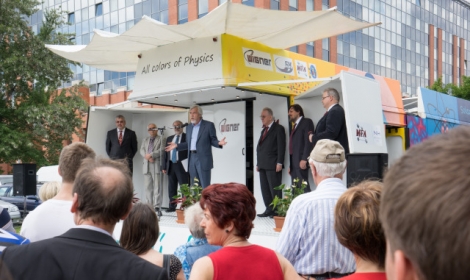 A CERN60 celebration organised by the Hungarian Academy of Sciences Wigner Research Centre for Physics was held at Eötvös Loránd University in Budapest on 27 May 2014 (see the attached invitation). It attracted a large audience of physicists, university students and teachers accompanying high school children from Budapest and elsewhere. 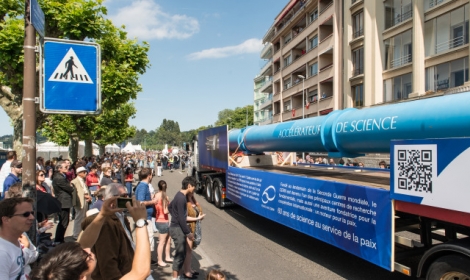 An LHC magnet makes a stop in the heart of Geneva to celebrate 200 years since the canton joined the Swiss Confederation.

Last Saturday, 31 May, CERN joined in the Genève200 celebrations, parading a superconducting magnet through the city’s narrow streets on a 20-m lorry, from the Parc des Bastions to the Port Noir. It was also an opportunity to remind everyone that this year marks 60 years of science for peace at CERN.